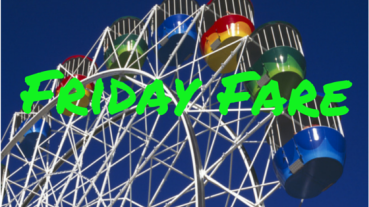 In a week where few things could keep my attention, I devoured this article about wartime photographer Lee Miller.  Ms. Miller shot photos for Vogue during World War II.  She had an amazing perspective of the chaos that was unraveling around her.  I look forward to reading Hilary Roberts’ book about her life and art.

And honestly – that’s about all that I read this week.  The rest of the articles that look interesting are bookmarked and unread in my browser … oh well.  Onward!

Listening to: Bonnie Raitt and John Prine’s duet of “Angel of Montgomery.”

Reading: Perhaps more appropriately, what I picked up but couldn’t finish this week.  Lena Dunham’s “Not That Kind of Girl” started out pretty funny, but honestly – I couldn’t keep up with it.  Not a reproach on her writing style, but I’m in my late 30s and have a child.  I do not spend a lot of time ruminating about my childhood and I’d rather not think about the toads I kissed before I married my husband.  I also tried J.D. Robb’s first “Naked” book in that particular series.  Eh … it was set as a futuristic novel.  Couldn’t stick with it.

Fiction Update:  I had some wonderful meetings / conversations with my beta readers for “After Life.”  I’m getting some really good feedback and I’m cautiously excited to let my mind wander back into the world of my protagonist Kate, her father Simon, and the folks she encounters.  Still have some work that I need to do with “Dragonfly” first …

If anyone asks me whether I am going to go down the self-publishing or traditional publishing route, I am honest.  I do not know.  Hence, I am grateful for articles like this one that give an in-depth look at some of the pros and cons of self-publishing.

I’ve found another late bandwagon in which to jump upon.  Mindy Kaling.  My God … I’ve only seen a handful of episodes of the US version of “The Office” and I’ve totally missed “The Mindy Project,” but I need to read her autobiography.  This Atlantic article has convinced me of it.  Why?  Because I work my ass off and am hoping to someday reap the success of my efforts.  And Ms. Kaling seems to eloquently capture that: “‘There is a certain type of greasy hair that you get only when you are writing with no breaks,’ Kaling confides, telling the story of her creation of The Mindy Project. ‘And I had it, big-time. If I breathed in deeply, I could smell my unwashed scent, and it was intoxicating. It smelled like hard work.'”  (As the author of the Atlantic piece said “gross” – but you know what?  Totally get it. [Although I think I probably smell more like “lazy-mom-who-works-from-home-and-forgets-to-shower” versus a hard worker.  Sorry peeps!])

Not sure if this is a “fun” read, but I like any time when the conundrums of the world can be plotted via chart.

Listening to: Monday found me driving to a 7 AM breakfast with a local politician.  Since I didn’t want to take myself too seriously, I kept the CD in my mom-mobile playing.  Politics + Muppets Most Wanted “Sequel” song = Reasonable.  Tuesday found me the victim of a craptacular pot of coffee, so I soothed my morning by listening to some Don Williams.  The rest of the week was a crapshoot of whatever my computer told me to listen to (Bruce Hornsby! Bob Seger!  Avett Brothers!).

Reading: I’ve checked out an interesting mix of eBooks from the library lately – “Pastrix” by Nadia Bolz-Weber, “I am Malala” by Malala Yousafzai, and Lena Dunham’s “Not That Kind of Girl.”  I think my mind will explode from the various perspectives my brain is about to digest.  And that sounds marvvy.

Fiction Update:  Outlining, outlining, outlining.  I sent my BFF a list of goals that I’ve made for the month of September.  And finishing the outline for “Dragonfly” will likely be the only one I accomplish (since I’ve already biffed it on unpacking one box a day in the new house.)  Priorities, right?

I reviewed a couple of books on Goodreads / Amazon lately and figured I’d share them here.

First off is a review of a fellow Twin Cities Sisters in Crime (TCSinC) member’s book:

Strength to Stand by Sheyna Galyan

When Sheyna Galyan writes her novels she tries to answer “big questions.” When I’m reading fiction, my basic quest is to be entertained – but if I end up learning something because of what I’ve read or if it spins my mind in different directions where I want to research something that the author mentions or if I come away having learned something different about culture or religion … that’s time well spent.
Ms. Galyan’s books do not disappoint.  “Strength to Stand” is the second book in her Rabbi David Cohen series and starts six months after the conclusion of “Destined to Choose.”  In Ms. Galyan’s words: “When Rabbi Batya Zahav first suspects she’s the victim of an anti-Jewish stalker, she enlists the help of her colleague, Rabbi David Cohen. Soon her husband Arik, an Israeli-born Minneapolis cop, is also on the case. As the stalker’s anonymous persecution increases in violent intensity, it falls to David to identify the stalker before someone gets hurt, and before the stalker carries out the latest chilling threat.”
“Strength” follows characters that were featured and introduced in Ms. Galyan’s first book.  For a reader, this is like settling in for a conversation with an old friend.  In this case, catching up on this conversation is full of tension and suspense.  Again, time well spent.
Galyan writes strong characters and offers insight on Jewish culture. As a reader and writer, it was interesting to see how Galyan’s skills as an author strengthened from her debut novel to Rabbi Cohen’s second outing.  I am happy to hear that she’s penning a third that will prominently feature Arik.
My review is based on an ARC.  “Strength to Stand” was released on September 1st.

The other book that I just finished was Angelica Huston’s second autobiography “Watch Me.”  It only got three stars because there were moments where I was asking myself “why am I interested in this?” and then the other lingering question – if anyone but Angelica Huston wrote this, would it really have been published and would Graydon Carter/Vanity Fair really have fawned over it?  But I really couldn’t put the book down.  (Because I really like Angelica Huston as an actress … if you tell me she’s going to be in a movie, I know that she has a presence that I cannot look away from … and her father voiced Gandalf in Rankin and Bass’s version of “The Hobbit.”  I effing love that movie.)

Watch Me: A Memoir by Angelica Huston

So, the reason I picked up this book was that Mindy Kaling mentioned it when the New York Times profiled her for their “By the Book” column. Specifically, Ms. Kaling noted that she loved Angelica Huston’s autobiography, but she couldn’t believe that Jack Nicholson let Ms. Huston publish what she did about their tumultuous relationship. Ms. Huston’s autobiography that covered this relationship and spanned the majority of her movie career, along with beautiful chapters that talked about the death of her father, John Huston, and her subsequent relationship and marriage with sculptor Bob Graham.

Ms. Huston’s book would be a perfect beach read. It’s gossipy without being cruel (although, her reaction to Jack Nicholson’s eventual relationship with Rebecca Broussard borders on being a little bitchy), it encapsulates living experiences that most people will not have in their lives, and it’s an interesting behind the scenes look at her perspective on some incredible movies made in the 1970s, 1980s, and 1990s. (Although I wish she would have wrote more about her experience on ‘Mists of Avalon’ beyond citing that she saved her wardrobe from that.)

If you’re a fan of Angelica Huston’s work, this is a good read.

I’ve run up against the 2,000 Twitter “ceiling” and have been researching ways to get around it.  Social media can be great, but man … there are limitations to it’s usefulness.

This New Yorker article was a fascinating look at the Salem Witch Trials.  This line has stayed with me since I read the piece:  “The seventeenth-century sky was crow black, pitch-black, Bible black, so black that it could be difficult at night to keep to the path, so black that a line of trees might freely migrate to another location, or that you might find yourself pursued by a rabid black hog, leaving you to crawl home on all fours, bloody and disoriented.”

I read this article in the Wall Street Journal about the new Lisbeth Salander book that’s coming out this fall and the background question of whether Steig Larsson’s “Millenium” series should go on after his death.  The irony is not lost on me that I have no desire to read Harper Lee’s “Go Set A Watchman” because I seriously question if she’s being taken advantage of by her caretakers, but I will probably check out “The Girl in the Spider’s Web.”

Listening to:  I was having a rotten day on Wednesday, but after I put on some Neil Diamond (in a sparkly jacket no less!), my frown turned upside down.  Thank you Neil!

Reading:  “Pioneer Girl: The Annotated Bibliography” by Laura Ingalls Wilder had been on my bedside stand for the past couple of weeks making my first-grade self wonder when I became really boring and didn’t have time to read.  But I finally finished it.  And now I want to read more biographies about Ms. Wilder – beyond the dozens of books I’ve read about her in my lifetime.  (First-grade self approves.)

Fiction Update: Eh … I wish I had more to say about this than I did last week.  I’m still bitchy and twitchy about the lack of time that I’ve had to write lately.  However, I did do some good writerly things this week:  On Tuesday, my friend Emily and I went to the Twin Cities Sisters in Crime meeting.  It was good to reconnect with members of the writing community and listen to the talk by Kenyon Police Chief Lee Sjolander.  (Although Chief Sjolander’s talk also made me a little homesick for the small town that I grew up in.)  I started my work as a beta reader for my friend Emily’s novel. Good things are happening.  But I need to get ass in chair and some words on paper.