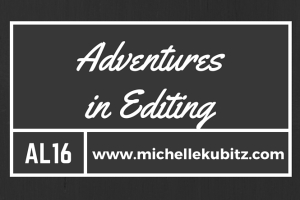 After several years of toiling, I finished a SFD draft of After Life (AL) in July 2015.  I let it set on the back burner until March 2016 and am editing in earnest.  Adventures in Editing is an occasional feature that chronicles the travails of trying to bring a bunch of muddle into a more cohesive draft.  Thanks for reading!

I think the following picture tells a pretty decent story: 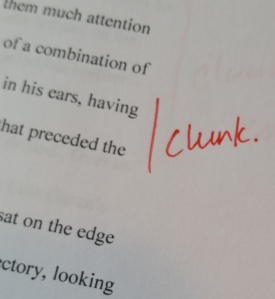 As my mentor mentioned in my earlier “Adventures” post, reading your draft out loud is an effective way to catch any parts of your story that are … well, clunky.  As I read through my draft of AL to see how the story flowed together, I marked the sentences / sections that were clunky upon reading them out loud.

Still don’t believe me?  Check out what the experts say in the hyperlinks.