I originally crafted this post on Sunday, January 8, 2017 – just getting around to hitting “Publish.” Hope you’re having a good week!

Currently listening to: Blue by The Jayhawks (Seriously … I think this is one of the most perfect songs in existence.)

Saturday/yesterday was spent with my kiddos – trying to burn off energy in January without incurring frostbite.  I think we had a successfully exhausting day.

Since hubby got a day to himself yesterday, I am at my local Caribou Coffee and I’ve been noodling over some character issues.  Not my own (although – Lord knows there are a few), but the fact that the love interest in my novel “Dragonfly” is rather … erm, vanilla. And while I like vanilla (give me vanilla ice cream over chocolate any day of the week.  [unless it’s chocolate peanut butter and then eff vanilla]), in the context of my character – that means he’s bland.  Or as my fellow writer friend Jessica astutely observed “he’s a character who’s surrounded and overshadowed by other much more interesting characters.” Uff da.  Not good for the love interest.

There are books devoted to the issue of character development, so this post is by no means a “quintessential” overview of writing engaging characters.  (If you’re looking for someone who knows a lot about craft and character development, check out K.M. Weiland’s site “Helping Writers Become Authors.”) Here’s a look on how I’m “fixing” Mike Emerson.

The “final” thing I’ve thought about today are the quirks and attributes of my main love interest. That delves into how Mike Erickson walks and talks.  How he interacts with everyone from his landlord to his boss.  This is what boosts a character from something that’s one-dimensional to a character who will remind you of someone you’ve encountered in real life.

Mike Erickson’s quirks and attributes are informed by his background as a big city cop who has moved to a sheriff’s department located in a one-stoplight town.  (One challenge with this background is elevating this character sketch from a cliché.)  I’ve spent this morning building Mike Erickson’s inner world by mining my own mental catalog of various people that I’ve known and what makes them tick.

I feel like the time I spent this morning meandering about Mike Erickson was time well spent.  (Even writing this blog post – it helped to solidify some of the thoughts swirling around my head.)  So the next part is heading back to my SFD and imbuing all of these traits into Mike Erickson.  To take him from vanilla to something that’s been touched by a little bit of salt, pepper, chai, honey – whatever.  From bland to a bit more human.

And that’s what I’ve been working on today. 🙂

An update from Tuesday, just because I literally came across this.  This is what I’m listening to right now.  What’s sweet about this is at the very end of Sam Beam’s song, the extraordinarily competent and amazing interviewer is brushing away a tear.  Love the power of music. 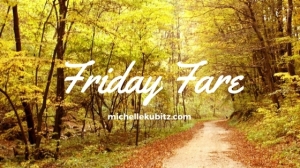 I only have one article to share this week.  A recipe that’s so ridiculously accessible and simple that as much as I think I can tweak it, it’s already near perfection.  And shocker – it involves kale, but bear with me:  Kale and White Bean Stew.  Make it.  Revel in the fact that fall is fleeting.

Listening to: In the grand scheme of things, I’m not listening to anything that’s totally tilting my world on its axis right now.  But in terms of what’s playing right now: Tori Amos “Little Earthquakes.”  (Side note:  At best, I’m a casual Tori Amos fan, but in reality, I’ve seen her three times in concert.  I’m pretty proud of that random statistic.)

Reading:  I slammed down Douglas Preston and Lincoln Child’s “The Crimson Shore” down in about four hours.  Imagine, if you will, a frat boy bonging a beer … that’s how I felt shortly after finishing the final page shortly before midnight after cracking the book shortly after my sons’ bedtime.  The book was tasty.  (And somewhere, the little voice in my head that was alarmed that I wasn’t reading whispered “You still got it!”)

^^I don’t recommend speed reading. In fact, it’s why I typically re-read many of my books and honestly, I feel sometimes that it has impacted how I write.  But, I’m the mother of two toddlers.  I’m working under multiple deadlines.  Sometimes, I cannot put a book down.  And in those times, it’s great to read fast.

Fiction Update:  A couple more chapters and I’m going to be done with the sh*tty first draft of “Dragonfly”.  I didn’t make my September goal, but I’m proud of what I accomplished.  Then time to edit “After Life.”  Still trying to wrap my head around what that’s going to look like and what I hope to accomplish.

Michael Chabon wrote a beautiful piece on his son, “the prince of fashion,” for GQ.  As the mama of boys and an unabashed Chabon fan, I read this with great interest.  It was an article that was beautifully eloquent.

Shirley Jackson has been getting some press lately partially due to the recent release of Ruth Franklin’s book “Shirley Jackson: A Rather Haunted Life.”  This piece was adapted from Franklin’s book for New York Magazine.  In a world where the discussion of mothers “having it all” seems to be as divisive as the political world we currently live in, I appreciated reading an article that asserted that motherhood helped Jackson’s writing career blossom.  I’ve been a writer for much of my life, but my fiction writing edged its way as a priority after my eldest was born.

This article about the “alchemy” of the Filet-O-Fish sandwich from McDonalds stirred a couple feelings in me:  1) Recognition, because – man … I have an unhealthy love for FOF sandwiches (that I only indulge in during Lent, right around when Shamrock Shakes are on the menu.). 2) Absolute hilarity:

“The bun’s plain. The cheese sucks. The fish tastes like nothing. But in concert, McDonald’s fish sandwich is alchemy.”

Listening to: I’ve made no secret of my love for Gordon Lightfoot.  It’s thrilling to see that Vanity Fair wrote a piece on him.

Reading:  Reading has been taking a backseat lately to work and trying to get words down on paper for Dragonfly.  However, the latest Pendergast novel will be hitting my Kindle soon, I think this will be a well deserved reward for what I accomplished this month on Dragonfly.

William Kent Krueger and Jessica Lourey … Minnesota authors that I admire greatly.  And in one article!

This was a death that was overshadowed by other celebrity news this week.  (And I admit … I’ve been reading the article about Brad Pitt and Angelina Jolie.  I am a lot of things, impervious to celebrity gossip is not one of them …)  L.A. Confidential is one of my all-time favorite movies and Curtis Hanson was the driving force behind bringing James Ellroy’s vision to life.  He will be sorely missed.

Ina Garten has a new cookbook coming out in October!  (And yes, I have it on order.  Because … Ina!)  She also answered the Proust Questionnaire in Vanity Fair.

Listening to: Work’s been a little brutal these past few weeks.  I’ve vacillated from listening to Guns ‘N Roses (angst) and Simon & Garfunkel (in desperate need of an audio hug, apparently).

Fiction Update: Last week, I shared my ambitious goal to write 3,000 words a day to get a draft of Dragonfly done by October 1st.  *Crickets.* Weeeeelll … yeah.  I’m making progress, but not to the extent that I dreamed back at the end of August.  My rose-colored glasses obscured both family and work obligations.  HOWEVER … I’m really excited with the progress that I’m making.  (And I’m having random plot revelations in the Costco parking lot, the boys in the basement are doing their work even when I’m away from desk.)

I’m doing some travel this weekend (memorial service out of town / sans family), so I’m hoping that some hotel time will help me inch closer to a completed first draft. 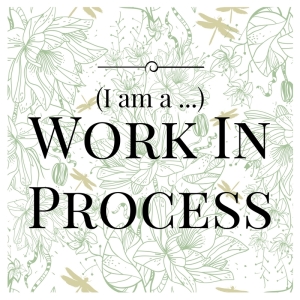 It’s Friday!  But where’s Friday Fare?  Well, I planned to publish this on Tuesday and then thought … oh I’ll do that on Wednesday.  Well, Wednesday came and went, so instead of Friday Fare, you get to hear about my latest madness.  xo!

Now that Afterlife (AL) is hanging out and getting itself ready for the next round of edits (October 1st, baby!), my attention is turning to another project that I’ve worked on intermittently over the past few years.  The working title on this one is Dragonfly and it’s a romantic suspense novel that’s set near a lake in Minnesota.  (Because, well, we have 10,000 of them … might as well set a story near one.)

At the beginning of this month, I envisioned a pretty ambitious goal.  The story already has about 53,000 words.  I took a few days at the beginning of the month to re-familiarize myself with these old friends and was pleased that my characters are at least upright and not totally inconsistent shells of fictional behavior.  I finished an outline for the story over Labor Day weekend and now I’m trying to make hay on my goal:  An additional 50K by October 1st.  Or basically, the creation of another SFD.

Fifty thousand words over the course of a month roughly translates to about 1,600 words per day.  To make up for the week (or so) that I missed due to the holiday, I’m aiming for 3,000 words per day. (Cue maniacal laughter.)

Three thousand words is hard, but it’s doable.  And honestly – I’m not quite there yet.  I’ve been averaging 1,500 a day and got derailed over the weekend, but as I’m tweaking my process and scheduling longer afternoons / evenings where I can write, I think that 3,000 is in reach.

BUT … what I’ve struggled with is establishing a regular writing routine in my life.  (Hell, I’m still struggling.)  Getting into this habit and chasing daily word count goals has felt fabulous in terms of measuring concrete progress on my novel.  So, even if I’m only getting halfway to my goal – that’s still words on paper.  Those are still chapters that I can eventually edit.

Beyond writing this post for some accountability, I also have a weekly phone call with one of my fellow writer buddies on Fridays.  My friend Jeff is trying to get into a writing routine with his work-in-progress.  So we talk on Friday – we discuss what went well, what didn’t, and what we can do to change direction in the upcoming week and get closer to our individual goals.  It’s a little woo-woo, but it works.

I’m hopeful that the practice I establish for Dragonfly seeps over to my writing life in general – through the upcoming Afterlife edits and beyond.  I’ll keep my progress posted in upcoming Friday Fares!

P.S. – Since it’s not Friday without a little bit of rambling from me, please check out this YouTube concert from Sylvan Esso.  It’s the latest thing I’ve been listening to lately and although it’s totally out of my usual milieu, I. Love. It.