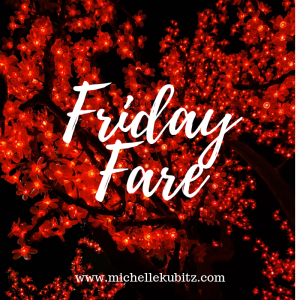 I’ve had a big week:

I'm having a great leap year. How about you? #johnwaters

Watching John Waters up at the Parkway Theater was sublime.  I got spend time with a friend of mine that I’ve known for 20+ years and to quote her, our cheeks hurt so much from laughing and smiling. Waters, filmmaker and author, is not everyone’s cup of coffee, but I’m so glad I got to be in the audience.

The progression of my #supertuesday2020 primary election day. AM – voting with the cutest #futurevoters ever. Picking up coffee from my favorite barista at @lumencoffeeco. And finally PM – serving as an election judge. Minnesota has same day registration/voting and polls are open until 8. #getoutthevote #votedammit #electionjudge

^^ Volunteering as an election judge was an absolute honor. I’m looking forward to volunteering again in the upcoming mid-term elections and during November’s general election.

Listening: Is there such thing as a perfect song? I don’t know if there’s a modern equivalent, but there are certain songs that I hear and will absolutely NOT switch the station. Crowded House’s “Don’t Dream It’s Over” is one of them. This song came on the radio the other day when I was dropping off my kidlets. That song was released in 1986. I would have been eight years old, one year older than my eldest son.

Reading: I am re-reading Sherry Thomas’s “A Conspiracy in Belgravia,” book two of her Lady Sherlock Series. I read book four earlier this year and it seemed like a good time to just re-read all of them in general. As one does, right?

Writing Life: A couple random thoughts here … my mind is like a crowded library that is full of arcane information that I can access at the snap of my fingers. BUT, if it’s something like the capitol of Rhode Island or whether my anniversary is on the 18th or the 19th, I’m the first passenger on the struggle bus. (FYI – it’s the

18th … that just took me 10 years of marriage.) If I’m talking about my “process” I like to demure and say that I’m not an organized person, but to be honest? I’m actually equal parts organized and expert-level when it comes to procrastination.

March is a GIANT month for me with the April 1st deadline for the Peter Lovesey First Crime Novel contest. *whispers* But I’m doing OK with the edits that I’ve identified to get this into fighting shape for the contest. And man – this is one of those times where I’m so darn grateful for my children. Who needs highlighters when you can use Mr. Sketch scented markers and a writing instrument that’s hybrid marker and watercolor?

And because I’m not content to keep things simple, I realize that I’ve been remiss in talking to a few of my best-est friends, so I have a couple phone and beer dates scheduled.  Oh, and my kids’ spring break starts the same week that the Lovesey contest is due. BUT … I am good. I am (gasp!) organized. And I’m crushing it.

That’s it for me! Weekends are spent catching up on my ridiculous deadlines and I’m looking forward to getting some kid snuggles this weekend and enjoying spring-like temperatures on Sunday! Keep washing your hands and a respectable distance away from people if you are able.